The book in my drawer and how to get it out

I honestly don’t know how often I’ve written down my thoughts about this project. It’s been going on for years. And I’m growing tired of it. You can read all about the idea here:

Yes, I’m trying to get a book published (or rather self-published). Yes, it’s a collection of poems about depression, sex and love. And yes, I’ve selected the 100 poems I want to put in it many years ago. I had them proof-read by a native speaker back in … what was it? 2014? So I know exactly what the words will be. But surely looking at words (even my poems) on a blank page is rather boring. I wanted to book to look good – and colorful. I wanted to design each individual page so that the words are brought to life and even more feeling is conveyed. And I wanted others to join in. That was back when I had a rather high response rate to my Facebook posts. So I figured, “Why not involve all those amazing people out there? Why not create something amazing together?”

Because it’s fucking hard, that’s why. I thought if I could only get people out there (on the Interwebs) to send me pictures then surely I could turn all of those different impressions into a nicely designed and somehow affordable book that everyone involved could be proud of and enjoy looking at. It would be a nice gift for relatives and friends. People would be able to say, “Look aunty, I drew the background for this page!”

Now I know that Americans have a reputation for suing people and I am the type of person who takes copyright seriously. Which is why I started looking for someone who knew a copyright lawyer who could help me write some kind of usage agreement. I couldn’t find anyone with this type of connections – so I finally hired a lawyer in the beginning of 2018. It cost me about 1,000 Euros which is why I already know that I won’t ever make any money or at least break even with this project.

Making money is not my main motivation though. I wanna publish a book. I got the contract and I put it online. I asked around. I tried to motivate people to send me pictures that I could then edit and use as a foundation for my poetry collection. I thought people, especially amateur photographers, would like that. I may have thought wrong.

Almost two more years have passed and I’ve gotten a ridiculously low amount of submissions. It’s frustrating. This whole thing has been from the very start. The photographers I was counting on have let me down. One of my biggest fans and supporters on Facebook has died from suicide. Hell, I even paid for a Facebook ad so that the fans of my page would actually see my posts about the book. It didn’t change a thing. I’ve had high costs and no outcome.

So this will be my last time trying to get this project off the ground the way I would love to do it: as a community effort between people all over the world. I’ll go and shamelessly advertise in a number of photography groups on Facebook. I’ll give it another couple of weeks. Probably until the end of 2019. And if that doesn’t work out, I’ll do it alone. I just bought a rather expensive camera and I’ll take those 100 goddamn pictures myself if I have to. I’ve studied design after all. It’s not like I’m blind on both eyes. I hoped this book would become a personal and creative experience for lots of people. But if that doesn’t happen, I’ll see it through anyway. I’m done letting my reliance on other people keep me back. It’s surely more rewarding when created together – but I know I can do it all by myself if I have to. It will be a very different book for sure. But a book it will be. 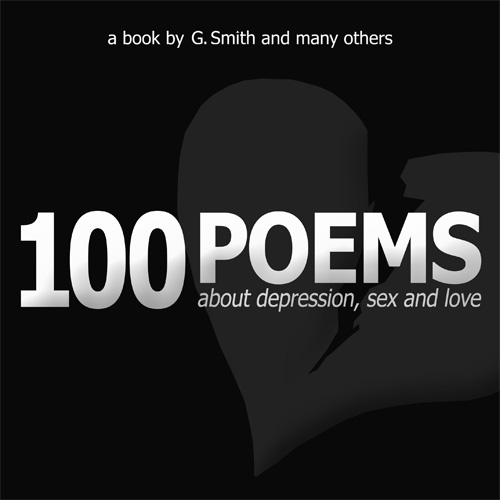 PrevPreviousWhy an Afro-American Superman could actually be great
NextPOEM: Are they laughing about you or smiling?Next