What I hope the Little Mermaid remake does

Disney’s “The little mermaid” was a movie I watched a lot as a kid. I actually don’t think I watched any other movie quite as often during the first couple of years of my life. I had a VHS tape with the original German dubbed version (not the dreadful newer one) and I knew it by heart at the time. I liked it for the excitement, the story, the characters, the magic, the songs … it was a Disney classic and a generally good movie for its time.

Having grown older, I realize that the film is not without issues. I don’t know if this was brought to my attention by some meme online or by talks with other people (sorry), but you could basically summarize the story like this: A young woman meets a man, and after only having known him for a couple of hours (in fact before ever even talking to him) she decides to give up her entire life and drastically change her body to be with him. Now that is some troublesome stuff that really hasn’t aged well!

With a live-action remake on the horizon (because Disney just can’t seem to stop making them ever since they first succeeded with “101 dalmatians” so many years ago), I have some thoughts on how to update the beloved tale of Ariel for this new millennium. It is obviously still dear to me and I think that, with a few tweaks and the right focus, this new movie could actually be a huge improvement and a very timely story to tell. So let’s get into it.

What I know so far (it’s not much)

Actress/singer Halle Bailey was announced to play Ariel. I had never heard of her before and I don’t think I’ve seen her in anything. After googling pictures of her, one thing is clear: She has the perfect face for the role! I think it’s mostly about the distance between her eyes. Even without her movie makeup, she already looks just like a mermaid (and I mean that in the most positive way possible).
I found a clip of her on YouTube and she seems to be a good singer, too. So that’s great. I’m completely on board with this casting choice.

I also heard rumors (and didn’t dare to check if they were true) about Ursula possibly being played by Melissa McCarthy. Now THAT, I think, is a terrible idea! Okay, full disclosure, I’m just not a huge fan of McCarthy’s work. Maybe she’s a good actress, but I have yet to see that. More importantly though, I know that Ursula’s original design was heavily inspired by famous drag queens of the time. I believe she should be cast in that tradition. Which brings me to the reason I’m writing this blog post …

What the movie should actually be about

Disney has an opportunity here and I feel like they might not take it. Like I laid out before, the story of Ariel the little mermaid is, at its core, not a very empowering one. Say what you will about all the live-action remakes of recent years, but one thing about them is very noticeable: Disney has made an effort to update their female characters and (in some cases more successfully than others) make them stronger women than they were in the animated versions of the movies. It seems like “The little mermaid” would need quite a lot of updating to make Ariel an even remotely empowered woman. Or would it? Because actually, the story is already almost flawless when seen through a different (and very much empowering) lens:

Ariel is the perfect transgender icon. She is a young woman who, all of her life, just knew that she didn’t belong where she was. She was born in the wrong body. And no matter how great life under the sea might be (or how many catchy songs you sing about that), no matter how loyal and supportive her friends are – a mermaid is just not what she was meant to be. Once you accept this as the starting point of her journey, it all just falls into place. Drag queen Ursula suddenly represents so much more than just an evil witch who was banned from Triton’s kingdom. She’s a symbol of the forbidden freedom to become who you are inside. Ariel changing her lower body and growing legs is no longer a rushed decision brought about by blind infatuation but a conscious choice to finally become who she always was inside. Her longing to be a part of the human world so much more than just a naive girl’s dream. It all makes sense. And I can only hope that someone at Disney sees that too. Because if they do, this could really become a very timely and yet timeless story about accepting yourself for what you truly are. 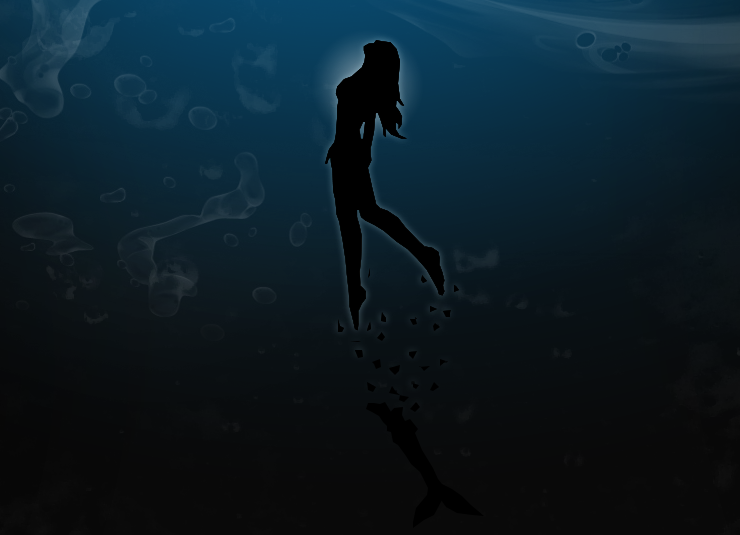